The Kiltwalk In The Capital 2019 Edinburgh turned tartan!

It was the biggest Kiltwalk in Edinburgh yet!

Sir Tom Hunter was joined by rugby legend Dodie Weir to kick off the event.

Scotland’s capital was a sea of tartan as 6,000 people took to the streets for Edinburgh’s biggest ever Royal Bank of Scotland Kiltwalk.

Scots rugby legend Doddie Weir and philanthropist Sir Tom Hunter gave rallying cries to the brave walkers as they set-off from Holyrood Park on their 24-mile journey out to Musselburgh and onto the finish line at BT Murrayfield.

More than 500 charities, mainly from Edinburgh, the Lothians and Fife, will benefit from the £1.2 million raised plus a 40% bonus of £500,000 from The Hunter Foundation. The £1.7 million fundraising boost comes from a colourful army of Kiltwalkers who tackled a variety of lengths; 24 miles, 15 miles or five miles in glorious sunshine.

Today’s event, which finished with a party led by the Red Hot Chilli Pipers at the home of Scottish Rugby, BT Murrayfield, was the last of this year’s four Royal Bank of Scotland Kiltwalks with Arnold Clark.

2,200 walkers gathered at Holyrood Park at 9.30am for the marathon Mighty Stride. 2,000 heroes set-off at 10.30am from Fisherrow Links in Musselburgh for the 15-mile Big Stroll. Another 1,800 walkers set off at 12.30pm from Gypsy Brae for the five-mile Wee Wander.

Leading out the Wee Wander were the parents of inspirational Joanna Lamb, who led and walked the five miles at Kiltwalk last year, despite having a rare bone cancer.

Angela and Alan Lamb, along with sister Nicola, walked in memory of Joanna, who helped raise a six figure sum for charity “It’s Good 2 Give”. Angela works with Royal Bank of Scotland whose Group CEO Ross McEwan travelled to the capital to walk with Joanna’s family and friends to pay tribute to an exceptional Edinburgh teenager who passed away days after celebrating her 18th birthday.

Sir Tom Hunter said: “We are 6,000 strong in Edinburgh today which is fantastic, but the most important statistic is that 523 different charities will receive our help. That means the money that is raised today will get to the folks who need it the most and that’s what I’m really proud of.

“We can’t do the Edinburgh Kiltwalk without thinking of Joanna. In my position I get to meet some incredibly inspirational people but Joanna was simply one of the best. Her determination and inspiration is a lesson to us all, and we’ll be walking in her memory today.”

Malcolm Buchanan, chair, Scotland Board, Royal Bank of Scotland, said: “This year’s Edinburgh Kiltwalk has been exceptional, and the record-breaking turnout will help impact positively in the lives of so many people here.

“As a bank we are delighted to partner this event and we are proud to see that so many of our staff and colleagues joined thousands of others in pulling their boots on or volunteering to help those who have.” 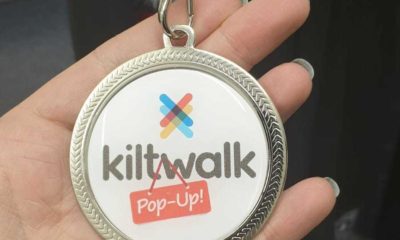 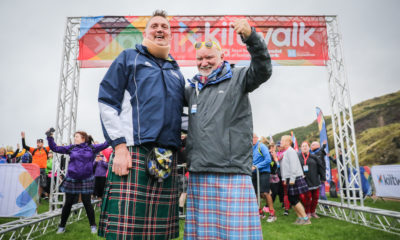 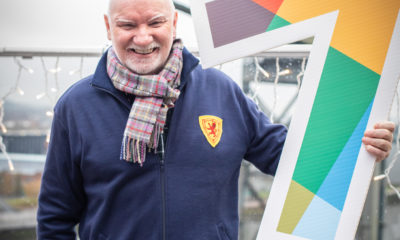